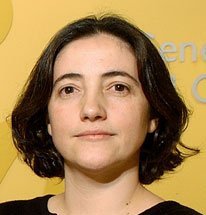 Chromosomes are not passive carriers of the genomic information. Instead, they acquire distinct structural features throughout the cell cycle that allow the timely expression of this information, preserve genome stability and ensure its faithful transmission. Sister chromatid cohesion is one key aspect of chromosome structure and is mediated by cohesin, a multiprotein complex conserved from yeast to human. We are using Xenopus laevis egg extracts and mammalian cells to study the regulation of cohesin. Of special interest is the relationship between cohesin and heterochromatin. We are also developing mouse models to explore the potential role of cohesion factors in tumorigenesis.