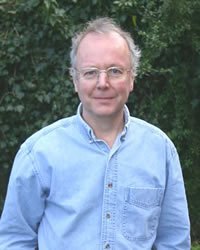 Chromatin domains are epigenetically marked by chemical modification. Unlike histones, which are subject to multiple modifications, mammalian DNA appears to be altered exclusively by methylation of cytosine, predominantly in the sequence 5’ CpG. The central questions concerning both DNA methylation and histone modification are the same: 1) What triggers modification? 2) How does modification lead to downstream biological effects? To account for the origin of DNA methylation patterns (question 1), we are focussing on CpG islands, which are clusters of non-methylated CpGs surrounded by a “sea” of methylated DNA. Using molecular approaches, we are asking how these regions, which co-localise with many gene promoters, remain immune to DNA methylation during early stages of development when the rest of the genome is being heavily methylated. To understand how the DNA methylation signal is read (question 2), we study proteins that bind specifically to methylated CpG sites in DNA, focussing on members of the MBD family of methyl-CpG binding proteins. Having earlier shown that both are transcriptional repressors in cultured cell systems, we are now studying bona fide targets in order to dissect the roles of the DNA methylation system in physiology and disease.