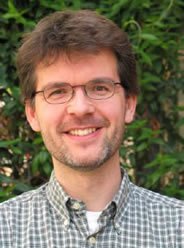 In metazoans, cellular identities are defined by distinct gene expression programs that result from the interplay between transcription factors and the chromatinized DNA template. The regulatory role of chromatin as well as the inheritance of its various states is in part mediated by DNA methylation and various post-translational histone modifications such as acetylation, ubiquitination and methylation. These modifications are associated with active or repressed states and regulate accessibility for DNA binding proteins and create recognition modules for effector proteins. In mammals, development starts at conception with the fusion of two differentiated haploid germ cells and the re-establishment of the totipotent state. In contrast to other organisms, the mammalian germ line stems from a group of differentiating embryonic progenitor cells. As a result, developing germ cells need to revert their epigenetic settings to enable totipotency after conception. Epigenetic information is also reset during pre-implantation development, as illustrated by nuclear transfer experiments using differentiated diploid nuclei as donors. The low developmental success rate of cloned embryos, however, underscores the high efficacy of epigenetic reprogramming of parental genomes naturally occurring during male and female gametogenesis. Our work is concentrated on elucidating the roles of histone methylation in epigenetic reprogramming of maternal and paternal genomes during mammalian germ cell and early embryonic development. Our ultimate goal is to understand the molecular mechanisms of resetting and heritability of epigenetic information, and of pluripotency.