Research Focus: Proteomics of the Chromatome 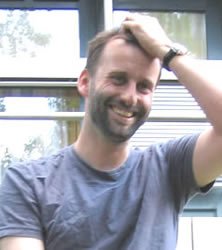 The mechanisms that establish and maintain stable patterns of gene expression during cell differentiation and embryonic development have been a subject of intense research for many years now. During the last ten years it became evident that the packaging of DNA within the eukaryotic nucleus plays a very important role during this process. Since the crystal structures of the octamer and nucleosome have been solved at high resolution we know that the C-terminal “globular” domains of the core histones form the proteinacaeous core of the nucleosome. The N-termini ("the tails") protrude into solution and do not adopt a defined structure, which could be resolved by X-ray crystallography. These N-terminal tails are nevertheless extremely well conserved during evolution, suggesting an important role in nucleosome function. The histone tails are essential for viability in yeast as mutant yeast strains expressing only N-terminally truncated histones are lethal. The tails are subject to a large variety of posttranslational modifications, such as acetylation, phosphorylation, methylation, ubiquitination and ADP-ribosylation. The pattern of different histone modifications could potentially serve as an "epigenetic code" and is thought to add an additional layer of complexity to the regulation of gene expression in higher eukaryotes.