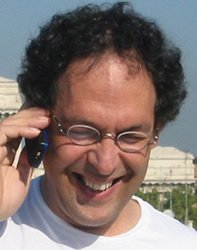 How individual cells make the decision to switch genes 'on' and 'off' during the development of specific cell types and how they 'remember' this decision through cell division is central to the biology of multi-cellular organisms. Our group studies factors that influence this decision and maintain it. We have shown that where a gene is located in the chromosome has a large effect on the probability of switching a given gene on or off. A similar phenomenon was first described in fruit flies and called Position Effect Variegation (PEV). We have identified DNA sequences that can promote or overcome this silencing and shown that the extent of gene inactivation is dependent on the dosage of proteins implicated in DNA packaging into (hetero)chromatin. We are investigating the hypothesis that such effects may play a role in some human diseases.